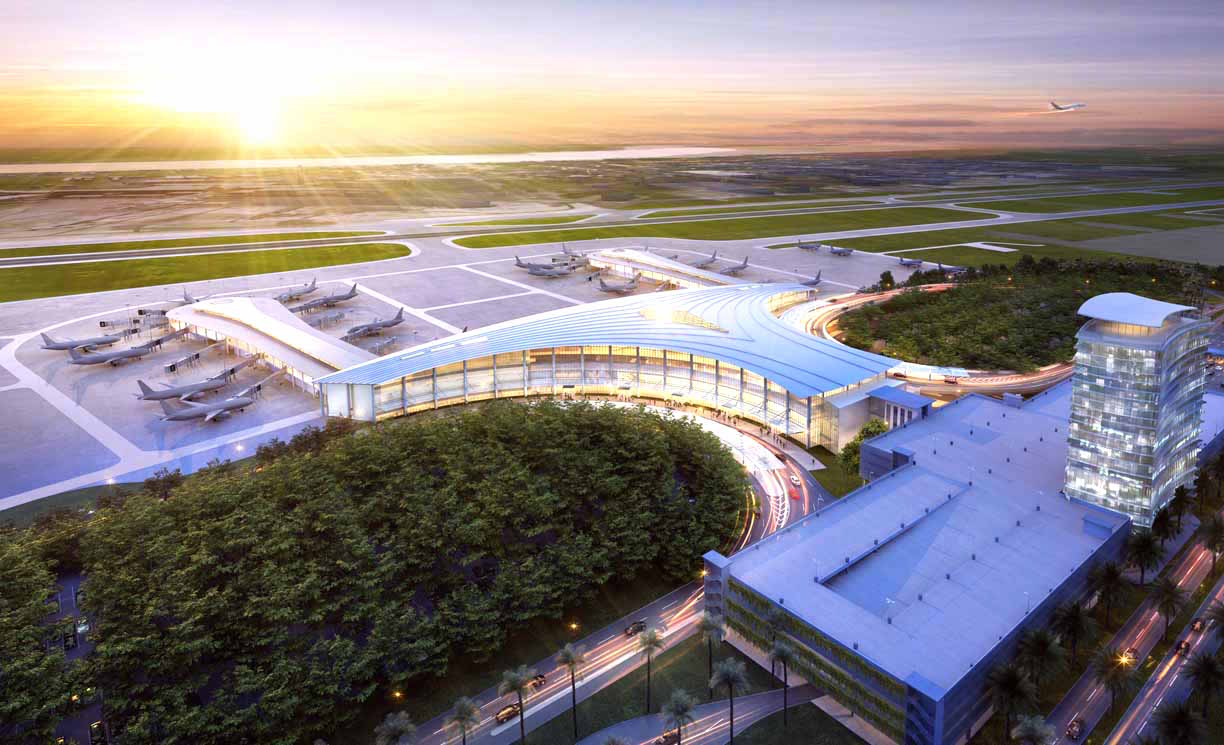 New Orleans will have a huge and improved international airport by 2019. The Louis Armstrong International Airport (also known as the MSY) will be rebuilding their north terminal – designed by celebrated architect Cesar Pelli.

The new MSY north terminal will offer a modern infrastructure blended with a comfortable and easy travel experience, and most importantly a touch of the rich local culture.

A Much Needed Change

The New Orleans Airport has the airport code MSY that refers to Moisant Field, a name in honor of aviation pioneer John Bevins Moisant. The airport name was changed to New Orleans International in 1960, and later rebranded as the Louis Armstrong International Airport in 2001, in tribute to the 100th birthday of the native-born jazz legend.

The current airport is over 50 years old, and the maintenance costs of the old infrastructure have become unsustainable for the city. In addition to his decaying state, the terminal was one of the major casualties during Hurricane Katrina, back in 2005, since the natural disaster caused serious damages.

The existing structure has gate areas that tend to be cramped, with only a few shopping and dining options. The plan is to replace the existing A, B, and C concourses, and to repurpose the D concourse into an operational space for charter flights, as well as airport offices.

Renowned Argentinian architect Cesar Pelli was the one in charge of the design of the airport and it’ll be a structure set to have hurricane resistant floor-to-ceiling glass that will be covering most of its exterior. Its 30 gates will be split into two new concourses, with the possibility to expand into a third concourse, resulting in 42 total gates.

The near 972,000-square-foot terminal will have a 2,190-car parking garage, a central utility plant and a ground transportation staging area. Airline operations will not stop during construction, since the new infrastructure is being built across the runway from the existing one.

A Better Experience For Passengers

The overall passenger experience will be improved in the new terminal, since it will have a consolidated checkpoint which will offer greater ease and efficiency for travelers going through security and an in-line baggage system where passengers will just leave their checked luggage at the ticket counters.

A group of local restaurants, which include Pizza Domenica and Mondo, and also national chains such as Burger King and Panda Express will be part of the international airport terminal. Two food-and-beverage concession will be located down the center of the concourse in the new terminal and it’ll allow passengers to see their gate while enjoying the best of New Orleans cuisine or picking a last minute souvenir in the many gift shops.

The Wait Will Be Worth It

The construction of the terminal began on 2016 on a field north of the current airport facilities. It’s was schedule to open by 2018, in honor of the city’s tricentennnial, but since passenger traffic has increased faster than it was expected, some changes, in particular expansions, were made in order for the whole project to be ready by 2019.