Formerly known as Petrograd (Петрогр́ад), and later Leningrad (Ленингр́ад), the city of St. Petersburg open its arms to citizens from all over the world and wows them with the grandeur and history of Russia’s imperial capital. Considered one of the most breathtakingly beautiful metropolises, this majestic city has what it seems like a never ending list of attractions, from a large historic center, to canals and baroque bridges and world-renowned art museums. Get lost in the splendor that the city has to offer.

City Of Tsars, Are You Shining Just For Me?

St Petersburg was created as a display of imperial Russia’s growing status. Peter the Great’s successors when in charge of adding magnificent palaces and cathedrals to the city’s layout, and that’s who St Petersburg grew to be the Romanovs’ showcase capital and the country’s first great, modern city.

Following the revolution, the capital was moved to Moscow but despite all the historic upheaval, the city still feels every bit the imperial capital. The historic center and all the related monuments are a UNESCO world heritage site that visitors cannot miss.

An Unforgettable Tour Of The Canals

Water surrounds you when you’re in the city. The former capital has earned comparisons to Venice thanks to its elegant canals and the 342 bridges in the city over the impressive Neva River. There are also Italianate mansions and plazas decorated with baroque and neoclassical palaces. And if you go north, you’ll find the gorgeous beaches in the Gulf of Finland.

If you want an unforgettable sight of the city, you can book a tour of the canals by boat. This will take you through the Moika, out to the Neva to see the Peter and Paul Fortress and the Cruiser Aurora, then in through the Fontanka. Some boats have a café on board for your enjoyment.

Art And Culture Everywhere You Go

The city contains a treasure trove of art and culture. You can get lost in the Hermitage Museum. The exhibitions go from Egyptian mummies to Picassos. Or head over to the Russian Museum, that extent over four extravagant palaces and it has the best collection of Russian art in the world.

Also, no trip is complete without seeing an opera or ballet performance. The Mariinsky is the most well-known theater, but it is by no means the only one. Get a ticket and enjoy a ballet, opera and classical concerts at the memorable performance halls. If you’re looking for something more contemporary, check out the Erarta Museum and the Street Art Museum.

How To Get To St. Petersburg

Russian visa requirements are intricate but are not hard to handle with some online research. A visa is not required if your trip is less than 72 hours or if you arrive in St. Petersburg by ferry or by cruise liner and you already have a pre-arranged program of excursions by an approved local company. The visa for cruise passengers is known as a Blanket visa and can be ordered online at a Russian travel agency.

After your visa arrangements are done you can get to the city by plane, arriving to the Pulkovo International Airport, that serves many international and domestic destinations: also by train, since there are five main train stations and also by bus but the train is much more preferred alternative when you’re arriving to the city from within Russia. If you want to travel by boat, you can join a cruise tour of St. Petersburg. For this you won’t need a Russian visa but you have to stay with the tour. 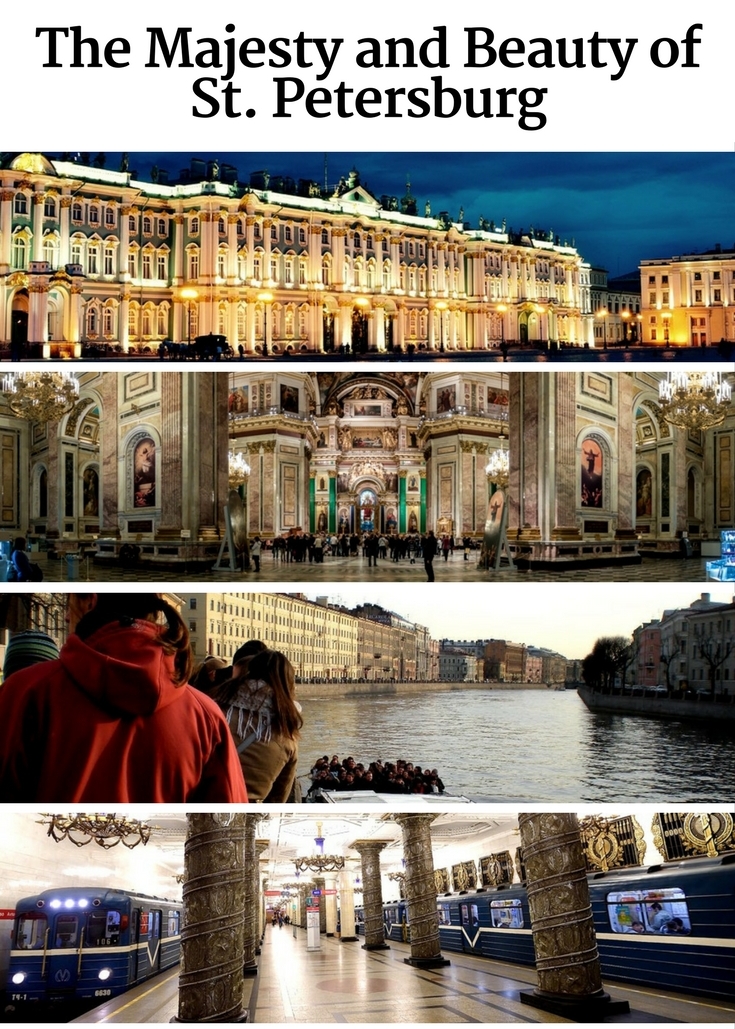